Charles Dickens had originally wrote an ending for Great Expectations that is very different from the one that is available to us today. Dickens had decided to change his original ending to the one that we know of because of a suggestion from one of his friends, either Sir Edward D. G. Bulwer Lytton, John Forster or Wilkie Collins, as it is unclear who deserves the credit. The majority of books today contain the new ending but there are a select few who also include the original.

Dickens, about his revised version, writes, “I have put in as pretty a piece of writing as I could, and I have no doubt the story will be more acceptable through the alteration. Upon the whole I think it is for the better.” 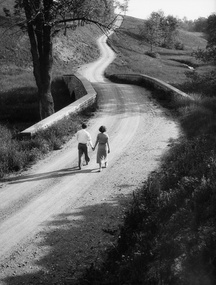 Casual Meeting on the Streets
Pip and Estella meet on the streets while Estella reveals that her husband Drummle had died but she had remarried a doctor. They engage in brief but polite small talk while Pip tells her that he is glad that she has ended up with someone good even though it had not been himself. Pip remains single but is delighted in knowing that Estella is now a different person from the cruel and heartless girl that Miss Havisham had raised her to be. The last sentence has Pip saying he could now see that “suffering had been stronger than Miss Havisham's teaching and had given her a heart to understand what my heart used to be.”

Promise To Be Friends
Pip and Estella meet at the Satis House once again as they had done at their very first encounter. “ "We are friends," said I, rising and bending over her, as she rose from the bench. "And will continue friends apart," said Estella. I took her hand in mine, and we went out of the ruined place; and, as the morning mists had risen long ago when I first left the forge, so the evening mists were rising now, and in all the broad expanse of tranquil light they showed to me, I saw no shadow of another parting from her.”
This forshadows that they do end up married and living happily ever after together.

Which Ending Was More Appropriate?

Throughout the years, there have been many critics who have argued about which one of the endings is better written and should be included to compliment the rest of the book. Each ending has their own benefits and they are listed below.

Benefits of the Original

Benefits of the Revised

Finally, there are even a few critics who suggest that the end of the novel should never have brought Estella back into the frame of the novel as she is no longer a significant character because of her marriage to Drummle. The novel is mainly about Pip’s affection to Estella, and not the love itself.